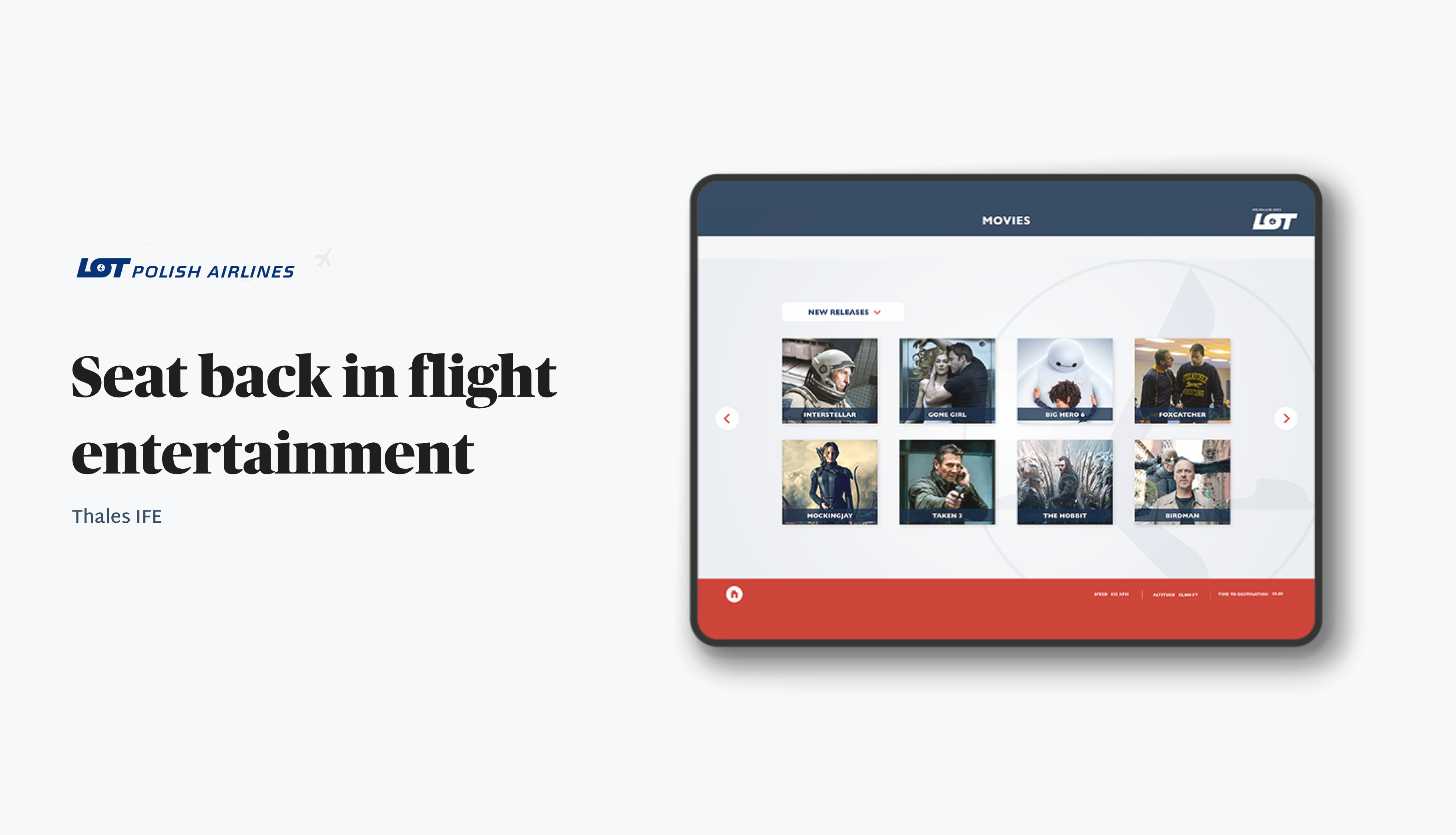 LOT Polish Airline’s is Poland’s National Carrier. Based in Warsaw and established in 1929, it is one of the world’s oldest airlines still in operation. With a fleet of approximately 45 aircraft, LOT operates a complex network to 60 destinations in Europe, the Middle East, North America, and Asia.

LOT issued a UI redesign tender for their seatback inflight entertainment system. The tender was open to the various CSP’s around the world.

We submitted three designs samples and an animated home screen.  LOT selected my designs and we successfully won the tender.

In the following weeks I redesigned more than 40 screens for new UI. I re-configured the layout to a more intuitive, user-centric design. We also provided an alternative simplified Kid’s UI with specific content aimed at young passengers. Working closely with the hardware provider Thales, we provided customised detailed UI specifications unique to the Thales system. We also provided a prototype so the software could be QC’ed prior to installation in the aircraft. 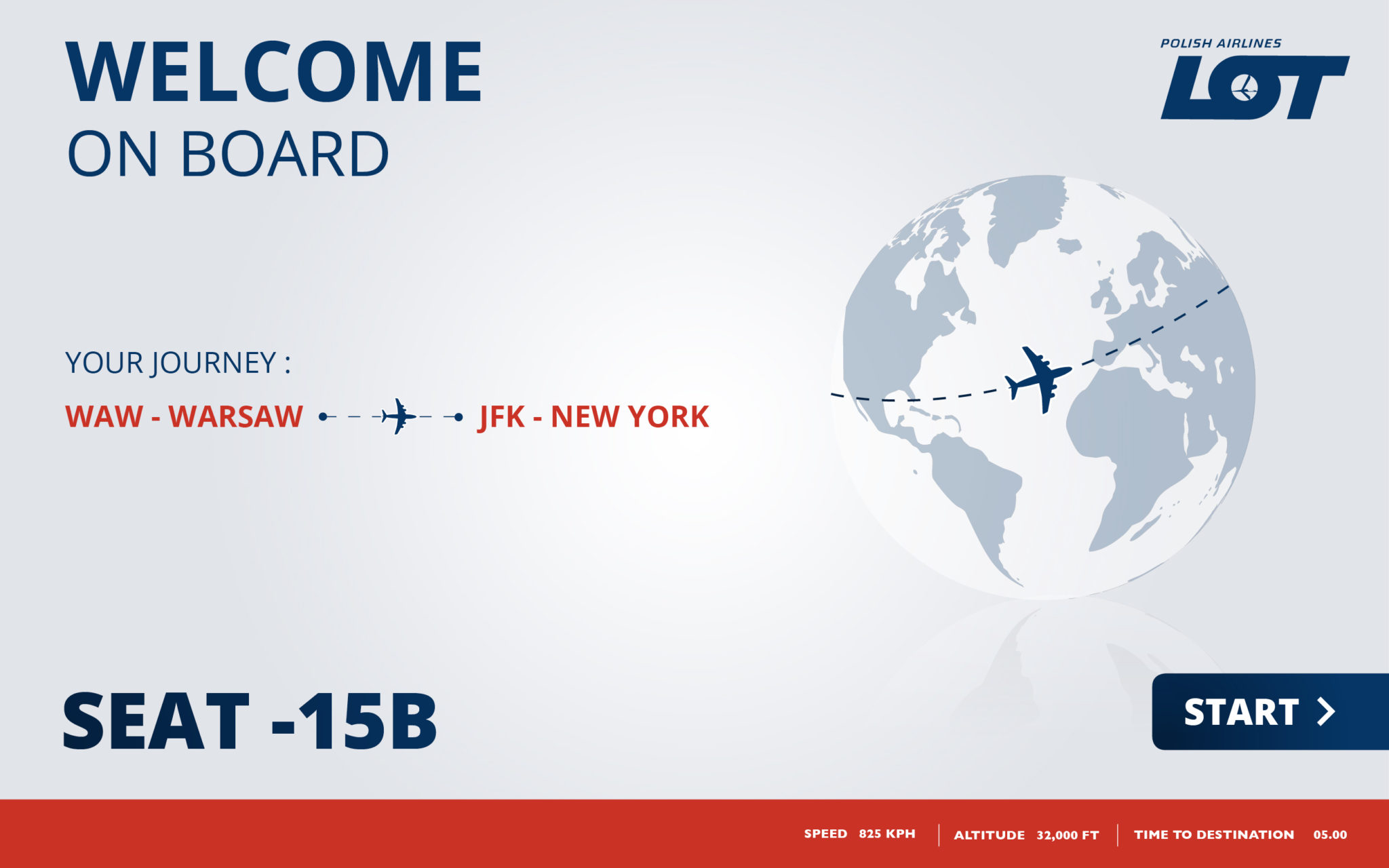 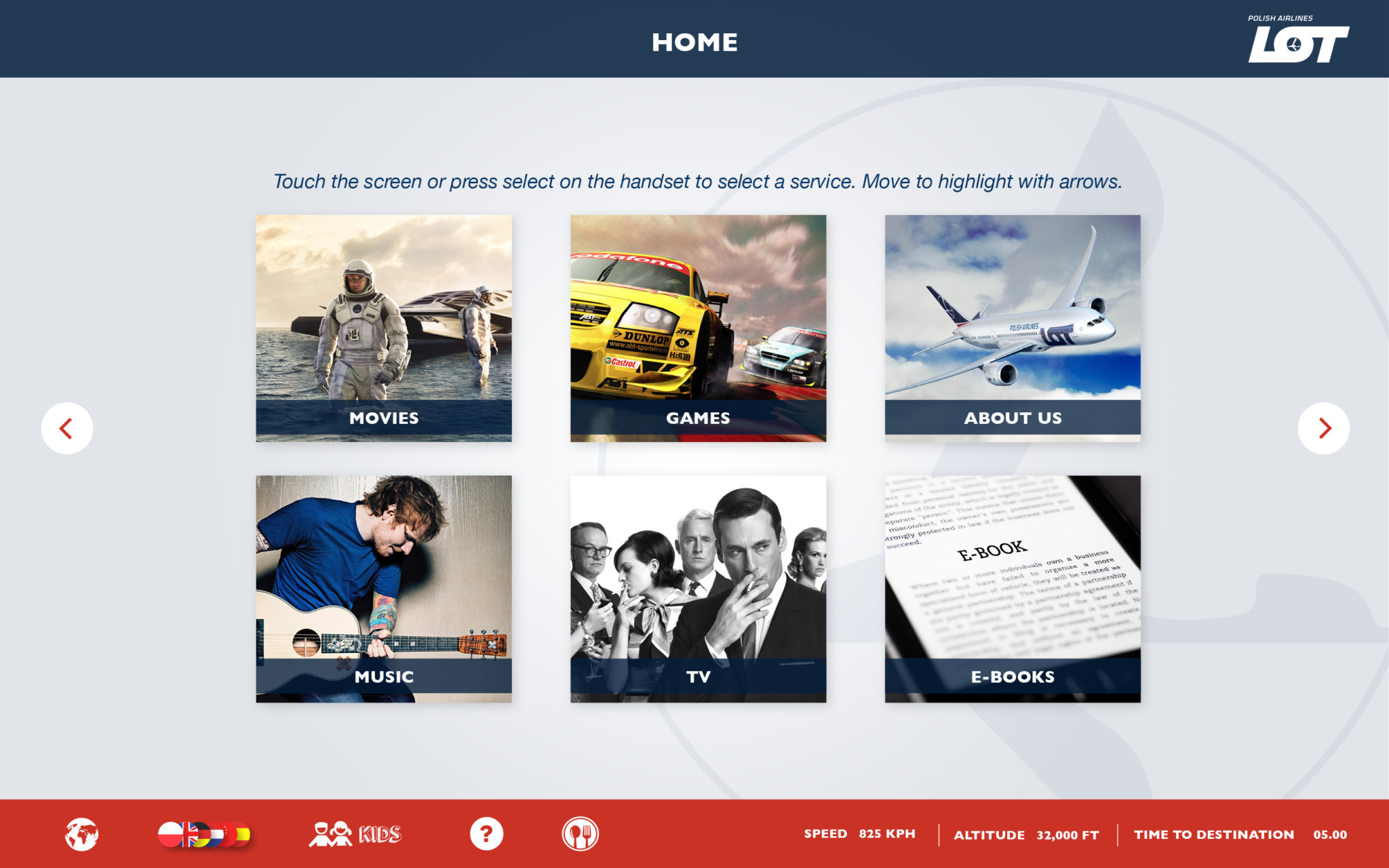 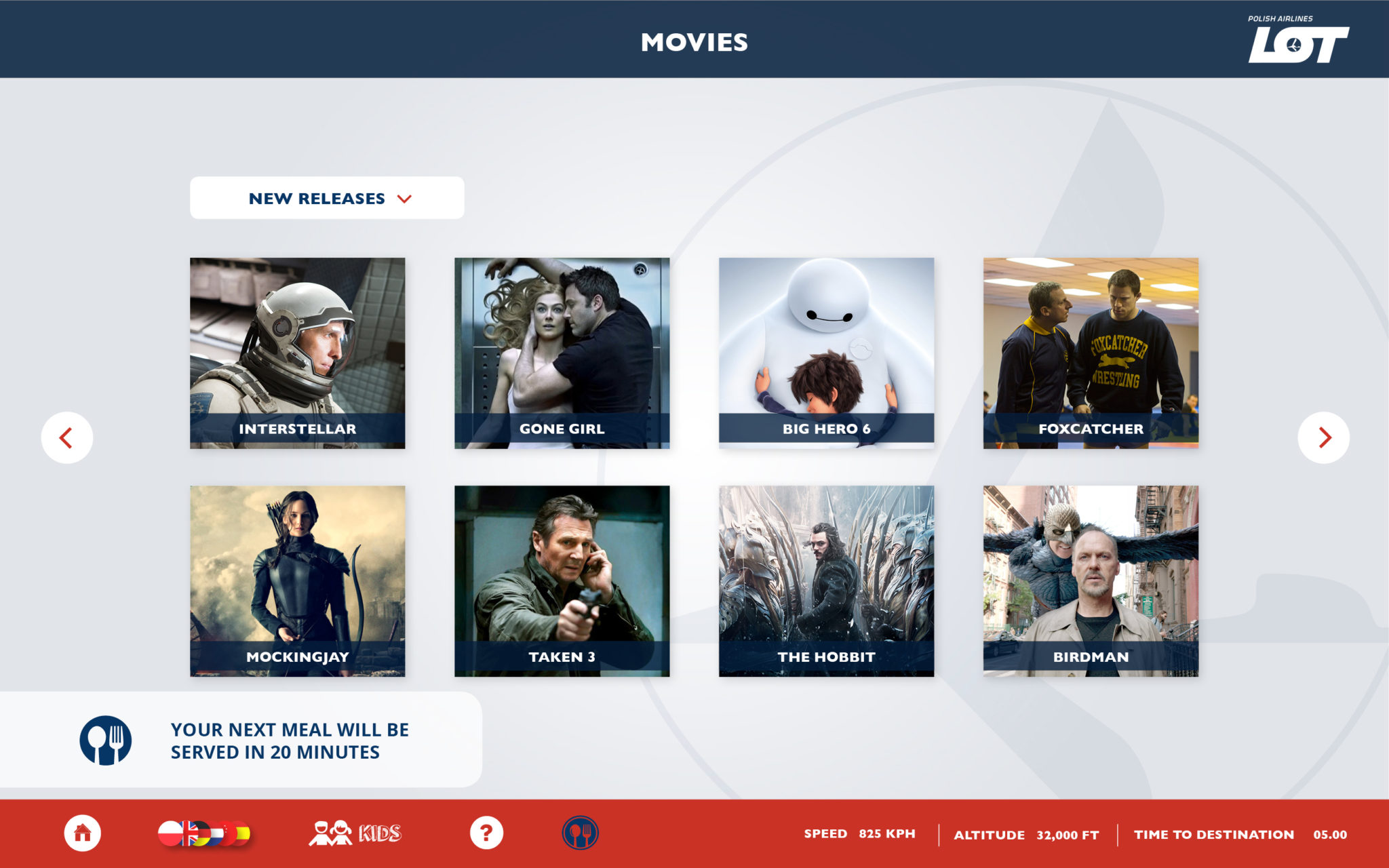 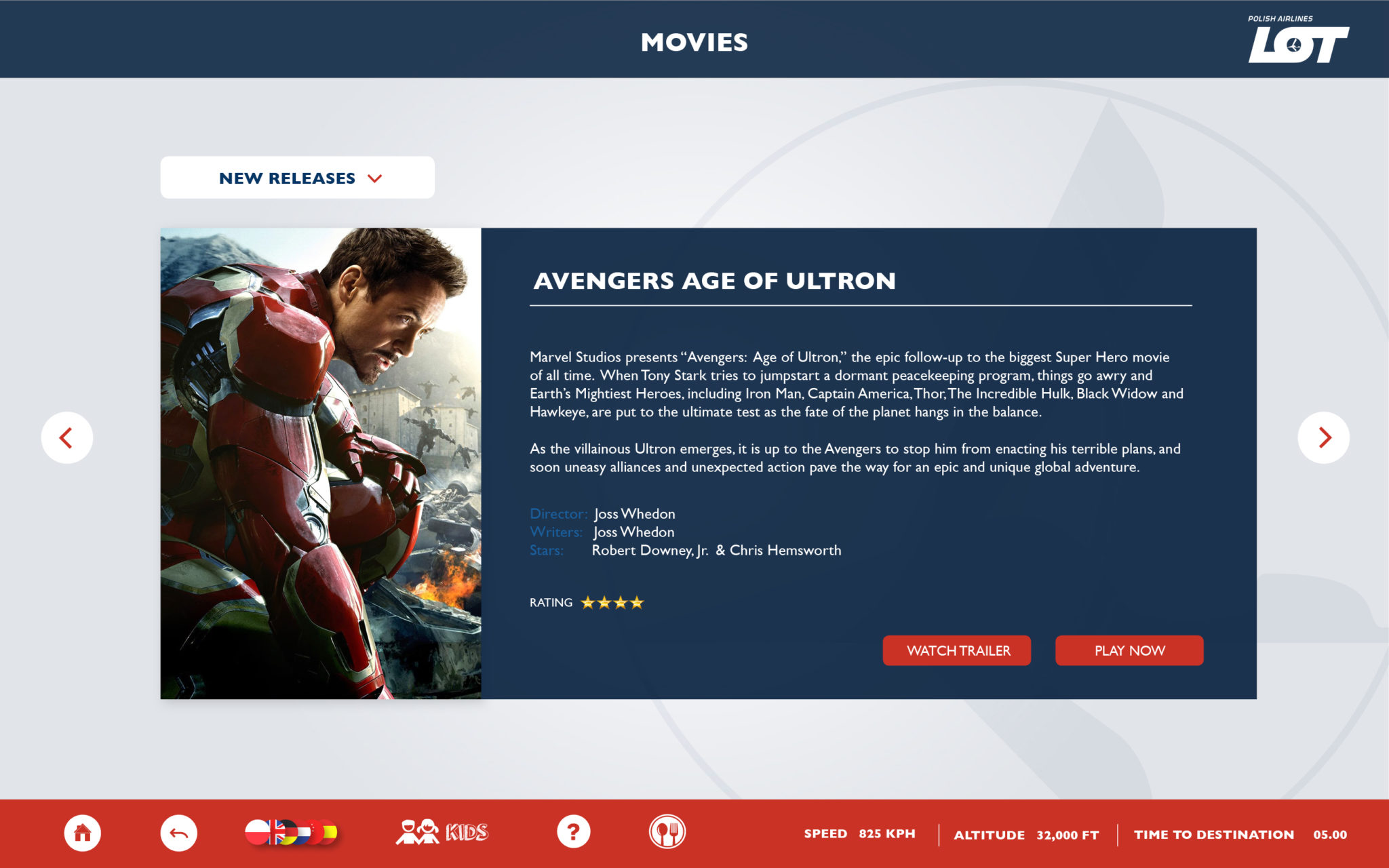